Can We Prevent a Second Amphibian Pandemic? 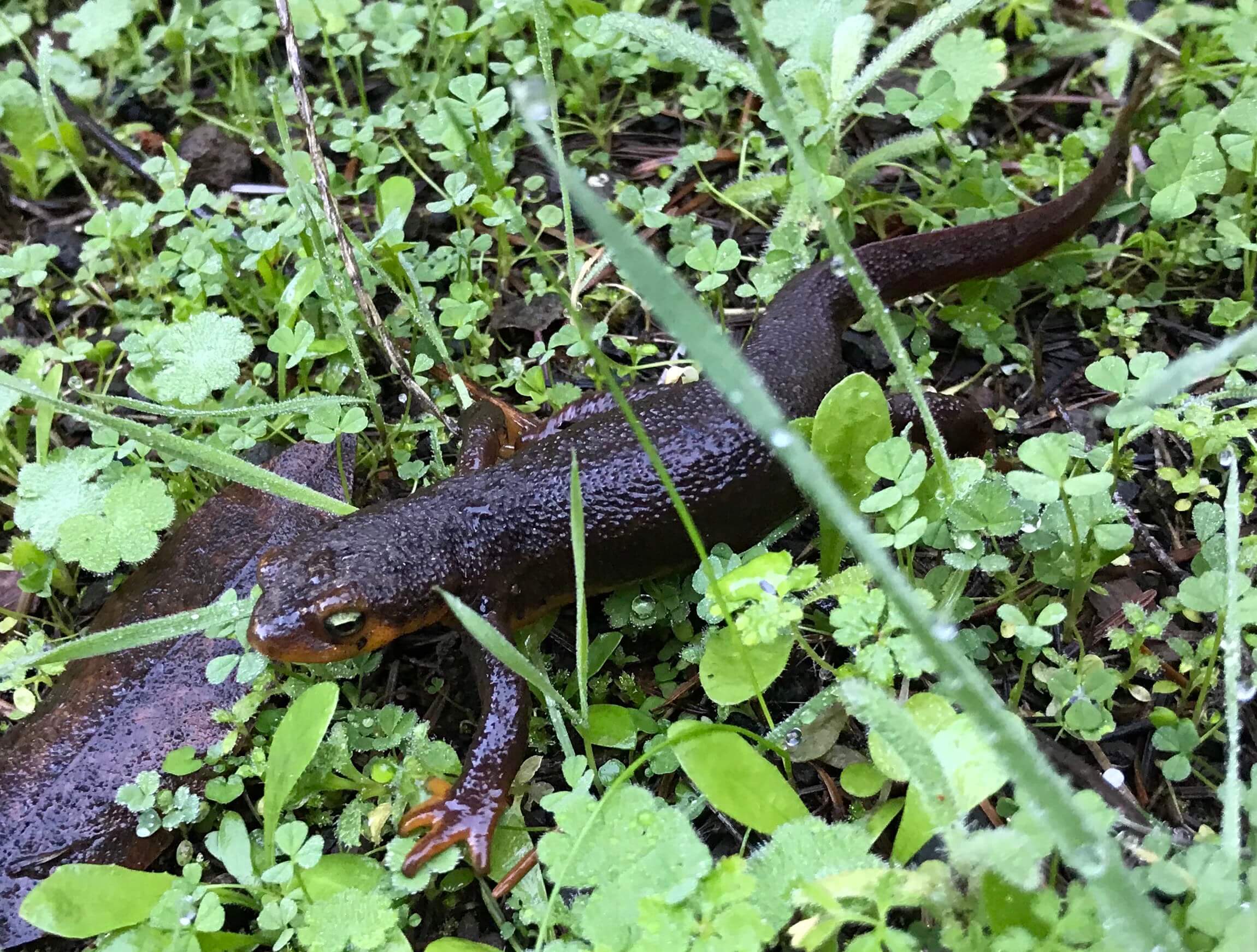 When the fungal pathogen Batrachochytrium dendrobatidis (Bd) was first described in 1999, action was not taken rapidly, and a global amphibian pandemic ensued with the declines and extinctions of over 200 frog and salamander species worldwide. With the recent discovery of a second, closely related fungal pathogen, Batrachochytrium salamandrivorans (Bsal), and its presence in international trade, a second amphibian pandemic is looming.

Conservation efforts have been focused on North America because it is the home of almost 50% of all salamander species. If Bsal were to be introduced, the impacts on salamander diversity could be devastating.

And it is not just the salamanders that are at risk. Salamanders have a critical role in food chain dynamics and the carbon cycle. Their absence could lead to degraded ecosystems and further exacerbate climate change, which would ultimately deteriorate human health and welfare.

Proactive policy action was and continues to be an important step for amphibian diversity conservation. In January 2016 the United States placed restrictions on salamander imports to prevent the spread of Bsal, and in May 2017 Canada followed suit.

These actions seem to be benefiting local salamander populations; several published reports indicate that Bsal has not yet been detected in captive or wild salamanders in North America (Klocke et al. 2017, Govindarajulu et al. 2017). In addition, the United States Geological Survey and the Bsal Task Force have been conducting targeted surveys throughout the United States, and so far all salamanders have been found to be Bsal-free. While this is great news, salamanders are not yet in the clear. 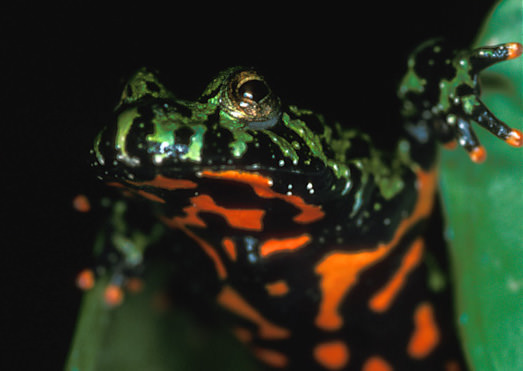 Initially it was believed that Bsal only infected salamanders; however, we now know that frogs can also be infected with Bsal, and they can act as disease vectors and transmit the pathogen to salamanders (Stegen et al. 2017; Nguyen et al., 2017). Bsal has been found on a species of fire-bellied toad (the Yunnan fire-bellied toad (Bombina microdeladigitora)), which is alarming because fire-bellied toads are popular in pet trade.

This alternate pathway for Bsal to spread through frog vectors in trade poses a severe threat. Scientists believe that Bsal can spread at a rate of ~11 kilometers (~6.8 miles) per year in the wild (Schmidt et al. 2017), and, once introduced, it is likely unstoppable.

Within a century of introduction, Bsal could affect nearly all known species of salamanders in North America and Europe. 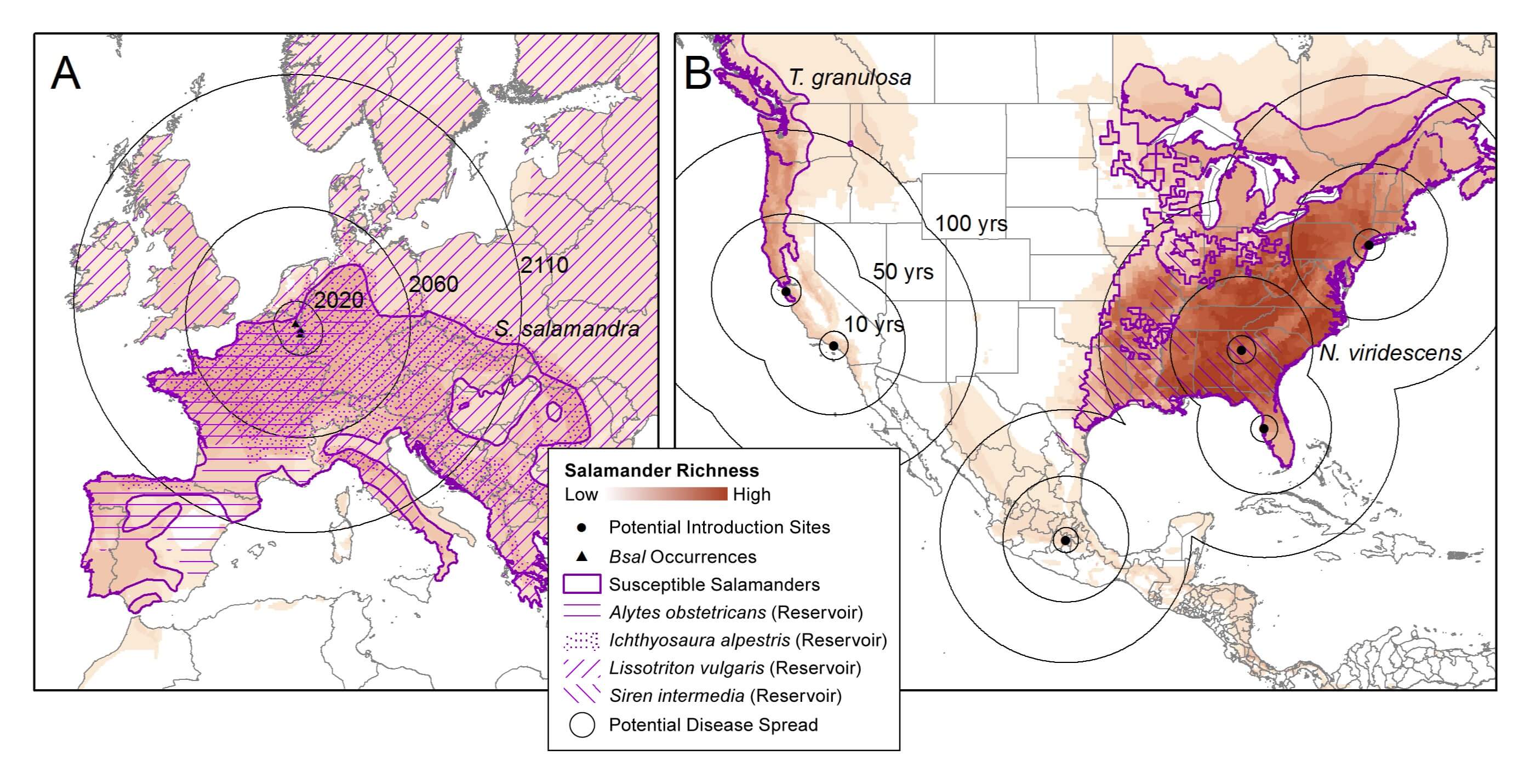 The scientific community is now calling on the United States Fish and Wildlife Service to fortify their response to this crisis by extending a moratorium on all amphibian imports until a clean trade program is implemented to ensure that all trade animals are free of Bsal and any other disease.